When a potential client asked top performing container saleswoman Beverly Gumbi why she was still working for a boss when she was so good at what she did, it was just the push she needed to quit her job and start her own small business.

Gumbi is one of two trail-blazing Kwazulu-Natal entrepreneurs who are working in the innovative fields that have made the cut as finalists in the national 2018 Entrepreneur of the Year competition.

Her business supplies municipalities, corporates, SMMEs and rural communities and was selected by the Zambian government to supply ablution facilities with showers and waterless toilets during a cholera outbreak. It offers an innovative, quick-fix solution to the dire shortage of infrastructure and service delivery in both urban and rural areas.

Gumbi matriculated at Ogwini Comprehensive College in 1990 and went on to obtain a BSc in home economics, followed by a higher diploma in education.

Her dream was to become a dietitian but she ended up accepting a teaching position at a high school in Lamontville, where she worked for a year and a half on a contract.

“Our contract ended and I started applying for jobs,” Gumbi said.

She got a job as a KwaZulu-Natal business development manager with Finasol, a USAID-funded organisation involved with developing banks in rural communities. Five years later she joined a small Clairwood-based telecommunications firm selling shipping containers fitted with telephones.

“That was where I realised my marketing flair, because I was doing very well and meeting my targets every month. I kept on getting the marketer of the month award every month, until I was awarded a trip to China,” Gumbi said.

“I got to see what the Chinese were doing with containers. They were building flats, houses, beautiful shops and internet cafés and there was just so much creativity that was being applied with containers and I realised one could adopt the same concept in South Africa.

“I also realised that there was a shortage of black people involved with the supplying of containers. I came back and wanted to start a company of my own,” Gumbi said.

“Coincidently, when I was marketing (still in my day job) I came across a client who was with one of the development banks, who asked me why I wasn’t starting something of my own, because I was doing so well. 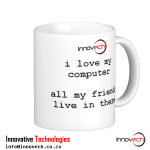